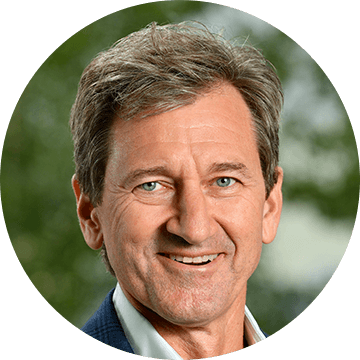 Director, Bureau of Economic Geology, The University of Texas at Austin

Scott Tinker works to bring industry, government, academia, and nongovernmental organizations together to address major societal challenges in energy, the environment, and the economy. Dr. Tinker is Director of the 250-person Bureau of Economic Geology, the State Geologist of Texas, and a professor holding the Edwin Allday Endowed Chair in the Jackson School of Geosciences at The University of Texas at Austin. With Director Harry Lynch, Tinker coproduced and is featured in the award-winning energy documentary film Switch, which has been screened in over 50 countries to more than 15 million viewers and is used on thousands of K-through-12 and college campuses. Dr. Tinker formed the nonprofit Switch Energy Alliance in 2016 and has completed two new films: Switch On, a feature length documentary addressing global energy poverty, and Energy Makes our World, a five-minute, Hollywood-quality film made for global museums and giant screens. Tinker is the voice of EarthDate, a two-minute weekly program that focuses on remarkable stories of Earth. EarthDate is produced by the Bureau of Economic Geology and is featured on over 400 NPR and public radio stations in all 50 United States. Dr. Tinker has served as president of several associations, including the American Geosciences Institute (AGI), the Association of American State Geologists (AASG), the American Association of Petroleum Geologists (AAPG), and the Gulf Coast Association of Geological Societies (GCAGS). Dr. Tinker is an AGI Campbell Medalist, AAPG Halbouty Medalist, GCAGS Boyd Medalist, and a Geological Society of America Fellow. In his visits to some 60 countries, he has given over 900 keynote and invited lectures.