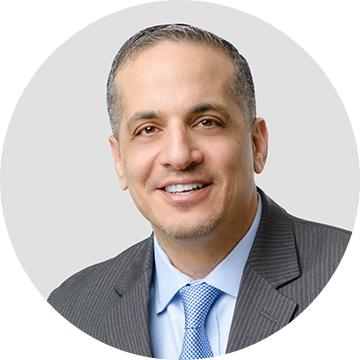 Jeff Hammad is the Chief Commercial Office for Golden Pass LNG which is currently constructing a $10 Billion LNG Export facility.  Jeff has broad responsibilities for managing the commercial group at Golden Pass, including the procurement of 2.6 bcfd of gas supply as well as the corresponding LNG sales of approximately 16 million tons per annum.

Prior to his assignment at Golden Pass, Jeff joined Qatar Petroleum in Doha as Qatar was emerging into a global LNG powerhouse and managed the commercial development of a portfolio of international LNG receiving terminals.  In 2009, he joined Golden Pass LNG to manage the structuring and development of the import facility, and then subsequently the LNG export project. Jeff began his career in the energy industry with Enron supporting their international asset development efforts, including several expat assignments in the Middle East. Asset development remained his primary focus for the next 20 years, where he helped launch major infrastructure projects across the full energy value chain with companies such as El Paso Energy, Enterprise and Oxy.

Jeff received his Bachelors of Business Administration from the University of Houston following his enlistment in the United States Marine Corps.