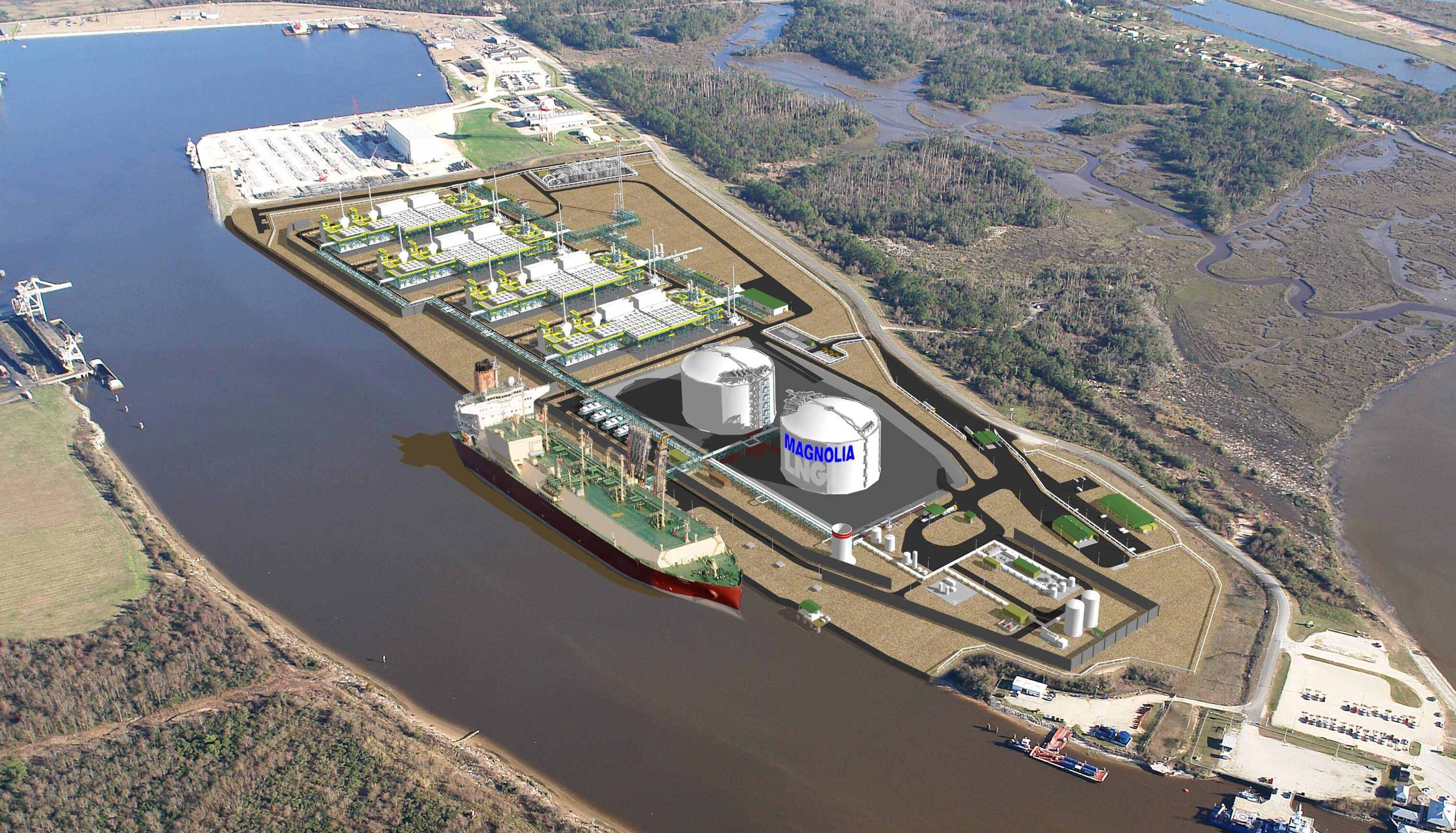 Liquified Natural Gas will be a core discussion led by global energy executives at this year’s upcoming North American Gas Forum. For an inside sneak peek into this year’s forum, please enjoy our exclusive interview with NAGF speaker Greg Vesey, Managing Director & CEO at LNG Limited. Greg has held senior executive roles in the international energy sector through a distinguished career of 35 years with Chevron and Texaco before joining LNGL in 2016.

In this interview, Greg Vesey not only shares what attendees should expect to hear from LNGL at the North American Gas Forum, but he also covers a variety of project and technological strategies that help shape the LNG market and support the energy transition.  Here’s what CEO Greg Vesey had to share with us prior to his upcoming presentation:

ED: LNG Limited has used a proven process to create LNG projects at lower cost with lower emissions, improved project economics, and patented and coined the OSMR liquefaction technology. How has your internal process recently been used to improve LNG projects?

GV: There are four key parts to our technology, all of which are using proven processes to enhance the standard single-mix refrigeration process for making LNG. If you look at the traditional LNG projects that have been built around the world, they’ve typically had a gas stream that was abundant in natural gas liquids such as propane. So, it was only logical to take propane out of that gas stream and use that as a refrigerant. LNG Limited was founded in eastern Australia on a gas stream that was very dry, so refrigerants had to be brought to the site. We elected to use ammonia for pre-cooling.

Ammonia is a more efficient refrigerant and more environmentally friendly than propane and we’ve been the first ones to use it in LNG production.  Ammonia has been widely used as a refrigerant in industrial food storage, and for refrigeration systems in hockey rinks and bobsled runs. And quite importantly, ammonia has been recognized by Greenpeace as a zero global warming potential refrigerant. The second component of our technology stems from the power industry. We’ve brought in waste heat recovery, referred to as a combined cycle, or co-generation. We capture the heat generated by our gas turbines and use it to run a supplemental refrigeration process. What these two things do is allow for a very efficient production of LNG, which uses less gas for fuel leaving more gas to become liquefied.

To put it in perspective, imagine there’s a big stream of gas coming in that you’re trying to turn into a liquid to sell. You must use a percentage of that to help power the facility. What our process does is use a smaller percentage to power our facility. Not only is it cheaper and more efficient, but it also produces lower emissions. So, it’s helpful on that side of the equation as well.

Thirdly, we have a process design which uses two parallel units in one liquefaction train. Essentially, that means we have two refrigeration and two liquefaction blocks. Usually, if you have an equipment failure within an existing liquefaction train, the entire train comes down. In our example, we only have to bring half a train down. The other half of the train can keep producing LNG. This both improves our reliability and production efficiency.

And then, lastly, when LNG is stored in large purpose-built tanks, a small fraction of the liquid turns into gas known as boil-off gas. Rather than just putting that in the fuel gas stream, we put it right back in the liquefaction stream to help us make more LNG. We developed a process to re-liquefy the boil-off gas at low pressure, which increases our overall LNG production with minimal energy consumption.

ED: Areas such as Asia, particularly China, have been increasing LNG demand earlier than many had projected just a few years ago. How is LNG Limited responding to that demand, in terms of their partnerships, contracts, and overall growth?

GV: Many industry pundits have said that demand growth is happening much sooner than initially estimated.  If you require LNG in the 2022 time-frame, you need to be making decisions now so that new construction can commence by 2022. We’re talking with customers throughout Europe, Asia, and South America. In addition, a strategic equity investment from a Chinese private equity firm is helping us gain additional exposure to more of the fastest growing markets for LNG.

And then, as you would expect, we’re doing everything we can to continue to make our offering as competitive as possible. Our Magnolia LNG facility is designed to export eight million tons. Given its relative size, it is easier to sell it out to a limited number of customers and get it ready to FID, (Final Investment Decision).

Every LNG development project is like a stool that is supported by four legs. The first leg represents regulatory approvals, such FERC & DOE permits. The EPC contract (a binding agreement with a company that is going to build the facility) forms the second leg. The third leg is equity financing and arrangements fit to build the project. And the fourth leg is the all-important off-take contracts, in other words the customers that are going to buy the gas under long term agreements.

In our case, we have completed three of those four legs. We are the only greenfield US LNG project that has come this far. We are now focused on that fourth leg, which is selling the off-take. And, as I mentioned, being as competitive as we can be to get that done.

ED: How has the Magnolia project evolved? What is LNG Limited most proud of in regards to that project?

GV: We have a big lead over the other developers. Despite the industry slowdown, the others are not able to offer a package as complete and competitive as the one offered by Magnolia.

ED: When discussing clean power innovation, the industry relies on its participants to advance sustainability and the energy transition. What are LNG Limited’s project goals for the next year and how do they contribute to a better energy future?

GV: LNG is considered a much cleaner energy source than coal or oil. Natural gas is broadly viewed as a “bridge fuel” to renewables, helping to substantially reduce carbon emissions on an immediate basis.  Natural gas also serves a complementary role with renewable energy, providing reliable and fast acting back-up power during periods when the power output of renewables becomes limited due to weather conditions.

LNG Limited OSMR technology offers a highly efficient process for LNG production. In this way, we contribute to a more sustainable, better future. In addition, we create new jobs to help build the economies of the regions we operate in.

ED: Is it possible to provide readers a sneak peek into what you will be discussing at Energy Dialogues North American Gas Forum this October?

GV: We’ll certainly provide the latest update on our view of the market. We’ll be sure to also include the latest view regarding the future for Magnolia as well.

ED: Any insight into what you believe will be the most controversial topic at the Forum this year?

GV: It’s likely the current market distraction we’re seeing over tariffs and the trade wars as both buyers and sellers want to see that resolved.

About a year and a half ago, this administration went out and said that the U.S. wants to sell LNG to the world, which was great. We were seeing interest from all over the world and looking to improve our country’s trade balance across the globe. We need to see the issues resolved so that we can get to the end game and move forward with completing off-take agreements.

Despite some of the headwinds, we are still seeing a robust LNG energy market. We are all continuing to negotiate and continuing to get deals done so that we are ready to move forward. In our case, among the Greenfield sites, we’re the only one that can truly make a 2023 production time frame, which is when the demand is forecasted to outstrip supply.

Join Greg Vesey and more of the energy world’s senior leaders to begin moving decisions around energy regulation and others at the North American Gas Forum – October 2018.

The North American Gas Forum is dedicated to bringing together an impressive line-up of industry decision makers from across the natural gas value chain. The forum will be held on October 14-16 in Washington D.C. Join us for high-level discussion and debate, with topics ranging from the future of energy, to LNG project advancements, and transitional requirements of the current infrastructure.

To learn more, and to reserve your spot, please visit http://energy-diagloues.com/nagf/