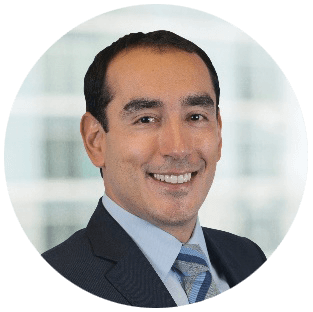 Juancho Eekhout has been IEnova’s Chief Development Officer since September 2018. Previously he served as Vice President of Development from 2016 to 2018. Prior to that, he served as senior director of Commercial Development for Sempra LNG & Midstream from 2014 to 2016, where he led the initial stage of development of the Energía Costa Azul liquefaction project in Baja California, Mexico. Previously, he worked as San Diego Gas & Electric’s director of Strategic Planning & New Products and Services and as the utility’s director of Origination & Portfolio Design from 2010 to 2013. Eekhout began his career with Sempra Energy in 2008 as director of Mergers and Acquisitions where he played a key role in the divestment of RBS-Sempra Commodities and supported the acquisition of El Paso’s assets in Mexico. Prior to joining Sempra Energy, he worked eight years in the Oil Trading and Refining & Fuel Marketing departments at British Petroleum. Juancho Eekhout holds a master’s degree in public policy from the University of Chicago and a bachelor’s degree in economics from the Universidad Católica Andrés Bello in Venezuela.