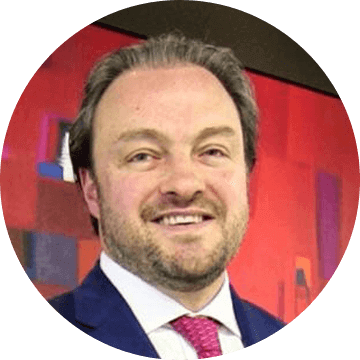 Juan Acra López holds a degree of Mechanical Industrial Engineer by the Anahuac University. He initiated his professional career as financial executive for the development bank PROAGRO. Later, in 1998 he became part of Banamex as Jr. Corporate Executive where he worked as financial analyst of strategic projects of Mexican Petroleums (PEMEX), Federal Electricity Commission (CFE), and The Petrochemical Industry.

In 2002, as entrepreneur in the Mexican energetic sector, he founded his own company, Secner, dedicated to the Procurement & Maintenance Services for the Energy industry, which activities earned him an award from The United States Department of Commerce for fostering the international commercial opportunities between Mexico and the USA. In 2007 it opened a branch office in Texas.

Partner of the subsidiary in Mexico of the GD Energy Services company, specialized in the nuclear sector.

Founding partner of a Mexican oil company, prequalified by The National Hydrocarbons Commission (CNH) in bidding 1.3 in consortium with Omega Energy.

Since 2012, he has actively participated in discussion forums as representative of the Mexican Delegation for the “World Dialogue regarding the labor market of the Oil and Gas Industries”” at the International Labour Organization (Switzerland).

In December 2015, he was elected as President of the Mexican Council of Energy (COMENER), which is a private organization that coordinates the interests of the Energy Industry in Mexico.

In 2016, he was designated as representative of the Mexican Delegation at the UK Mission to the Forum “Experiences of financing and implementation of low carbon projects”.

In April 2016, he participated at the BIAC Environment and Energy Committee, held in the United Kingdom, where the 20 member countries have teamed up to present the “Mission Innovation” program to analyze strategies for investment, innovation, research & development in Clean Energy and Renewables.