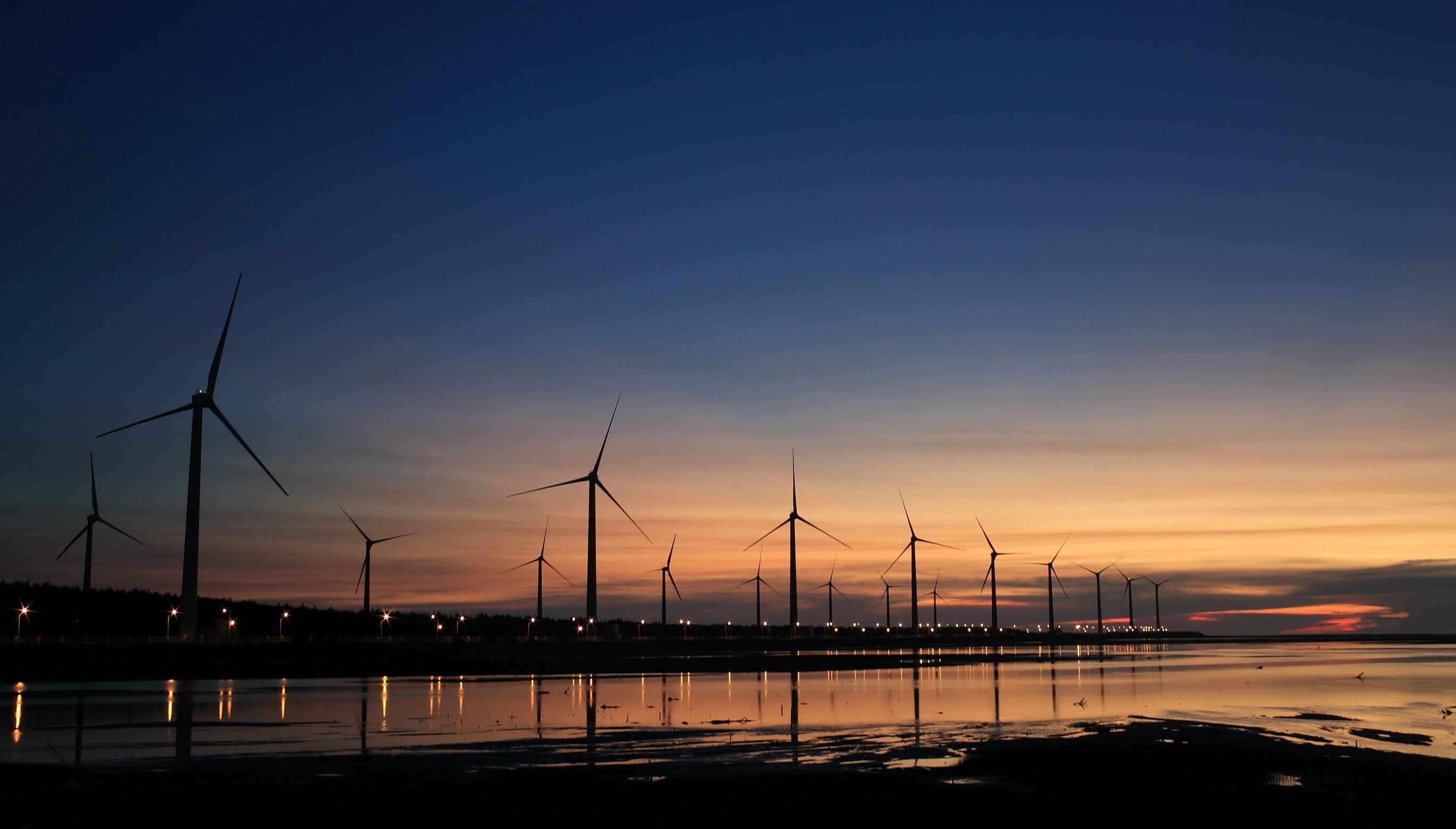 Renewable energy, and its role in energy future, is an intense topic that spans across all corners of the energy spectrum. For example, our recent Mexican Energy Series featured a lively discussion of whether Mexico is on course for the 2024 target of 35% renewable energy, and what this pledge means for the country. Each year, as new corporations, municipalities, and countries make bold and vocal commitments to offsetting energy consumption, and to pursuing clean energy resources at a higher level, the conversation intensifies.

For an insider perspective about the current state of renewable energy, we called upon Lenae Shirley, Senior Director, Technology Innovation and Market Adoption for the Environmental Defense Fund. Lenae is working at the nexus of technology, markets and policy, leading efforts with EDF’s demonstration partners to prove the impact of clean technology innovations. As a result of these initiatives, Lenae identifies trends and market opportunities to accelerate the transformation of the electricity sector, with data-driven decisions that push forward market adoption for renewable methods. Here is our conversation.

LS: There is a lot of effort being driven by the DOE to try and figure out how to increase investors’ confidence in investing in energy technology. And, so, the DOE is putting some funding into trying to figure out how to encourage more investment. You know, we (the United States) are investing a lot in deployment through a lot of different new investment tools, but you don’t see near the levels that you see in research and development that you see in, say, China, or even Europe. The Research and Development side is pretty lean, comparatively speaking.

ED: What kinds of measures are corporations taking in regards to their energy consumption?

LS: Corporations are leading on not only renewable energy, but they’re also doing a lot regarding efficiency, and they’re also looking at and expanding into participation in wholesale markets through demand response programs. Sometimes, a manufacturing facility will choose to delay manufacturing if the price signals in the market warrant it. In some cases, they’ll go offline and use their own backup generation, and in others they will just simply shift their production to a different time to take advantage of some of those opportunities.

You know about Google’s wind farms, and Walmart – some of their buildings have solar on their rooftops. So, there are a lot of different ways you’re seeing corporations start to participate in the clean energy economy, and basically offset usage.

ED: Is there room for a stronger corporate commitment to renewable energy?

LS: I think there is a challenge in figuring out how you actually reach certain goals. You know, the low hanging fruit, typically energy efficiency, LED lighting, things like that, a lot of corporations have already done, and so what’s next? There are opportunities where corporations can do more. They sometimes set fairly aggressive goals, and they need to do more to figure out how they’re going to reach those goals.

I think even some of the companies that are making the strongest commitments… You know, Walmart, for example, has a gigaton commitment, which is, basically, they’re trying to get a gigaton of carbon out of their supply chain. That’s a very aggressive goal, and they’re not directly controlling the decisions. They’re relying on their supply chain. So, it’s a very interesting tactic. I think that’s a great example of a company who’s going beyond, and that more companies could look at not just their own operations, but their supply chain.

ED: Do you find that these clean energy initiatives are largely coming from the major players, with smaller companies following suit?

LS: I think the large companies have the resources to focus on it, so you certainly see more from them. They’re also larger and have a bigger impact. However, I do think that there are non-Fortune 500 companies who are really taking these commitments seriously and moving forward. You know, even local businesses are starting to take action.

When you recognize that a lot of people understand and believe in climate change, and a lot of people really want to support clean energy for various reasons, some of them economic and some of them for freedom principles, or energy independence, what have you… There are a lot of people who are really trying to embody that, since the political landscape is not driving it.

ED: To what extent do you think that companies are greenwashing?

LS: There are certainly companies greenwashing. What we look for are corporations that really strive for additionality. If you’re buying RECs, you need to make sure that the REC comes from a new project and not an existing project that doesn’t add anything to the emissions profile. Some companies unknowingly do this, and don’t realize that they’re not going to ever meet their goals for greenhouse gas emissions.

The Future of Renewable Energy – Cities

ED: With Minneapolis as an example of a public statement about 100% clean renewable energy, what does the foundation need to be in order to make such a unilateral commitment?

LS: In order for them to make that commitment, what they’re basically saying is that any demand that is coming into the Minneapolis area will be provided by renewable energy. What happens one foot outside of Minneapolis may not be the same. The grid is a system, and the system is regional, and, so, while Minneapolis can procure enough energy to cover their demands, it doesn’t necessarily mean that the system around them is going to be clean, or any cleaner.

ED: Is there a specific roadmap that needs to be followed by cities such as Minneapolis that pinpoint an exact target for sustainable energy?

LS: The roadmap will depend on what the kind of resources are in the area, and, you know, Minnesota is a pretty strong wind state, and they have some pretty good rules regarding community solar, and other solar programs. I could imagine them putting together a roadmap that would basically show increasing procurement over time, and/or investment in actual resources over time, you know, again, maybe through a PPA, where a developer owns the property and they’re just procuring the power. Minneapolis could also be a community aggregation city, where they’re basically procuring all the demand for any resident who wants to sign up for that program.

Typically, what you’ll see is a focus on the electricity sector, and then typically that translates to a commitment to basically procure the same amount of supply of renewable energy that meets the demand of the city.

ED: Why is it so imperative that voters receive impartial facts about the economic impact of emerging clean industries?

LS: Yes, that’s critically important. I just worked on a project about the facts at a political district level for job creation, for wind, and solar, and energy efficiency industries. Part of it is, is that it’s hard to know what the economic impact is. There’s a lot of hype around clean energy, there’s a lot of hype around coal losing jobs, there’s an ebb and flow in the natural gas space for jobs.

I think it is critically important to figure out the economic impact of any energy resource and understand, as a transition occurs, where are you going to see job growth and where should you focus on the future instead of focusing on the past.

ED: Why has there been such voter confusion about job growth in the energy industry, especially renewable energy?

LS: Because it’s such a political issue, where you’re actually seeing the jobs and what kind of jobs you’re seeing. There’s been some, you know, push and pull between coal jobs versus solar jobs, and we’ve done some analysis ourselves. From our perspective, we’re seeing a lot of job growth in solar and energy storage, and not hardly anywhere else.

ED: What actions are you seeing domestically to strengthen the commitment to solar, electricity, wind, and other forms of renewable energy?

One of the things that was a big win very recently was Florida. Florida’s been known as being one of the worst solar states, and they just recently passed a bill that allows third-party leasing to participate in the market. Before, they weren’t allowed to have a SolarCity or a Sunrun anywhere in the state, so those businesses could not actually go into that state. And, so, that has been overruled, and that gives a huge opportunity for, increasing the amount of distributed solar in that state.

The ugliest feud happened in Nevada, but Nevada has actually, through a very negative experience, turned around and created some very positive regulations for solar and allowing investors in rooftop solar to be paid for the value that their system’s creating, not just the electrons that it creates.

I think those kinds of policies, where you’re looking at not only the cost of the system, of adding solar, but the benefits of adding solar, and rewarding the people who are making those investment decisions, are incredibly important. There’s a lot of negative stuff out there right now, but there are some shining spots, no pun intended.

Join Us to Discuss Renewable Energy at the North American Gas Forum
October 14 – 16, 2018

The ongoing dialogue around renewable energy will no doubt continue throughout the year, and Global energy leaders will be discussing this topic live at our North American Gas Forum in October. The North American Gas Forum is a key event to bring together industry, regulators, policy makers and government, with 45+ speakers in attendance and an impressive line-up of industry decision makers from across the natural gas value chain.

To learn more, and to reserve your spot, please visit http://energy-dialogues.com/nagf/